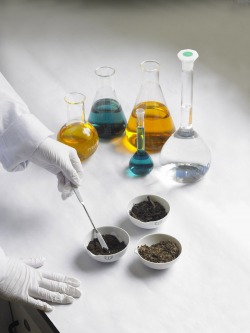 Answer:
EtG/EtS levels are not thought to be directly determinant of amount of drinking. One of the reasons is variability due to concentration. Other variables that are not easy to correct for include the individual's productive capacity for EtG and EtS, which can vary based on genetics, medications, and other factors (liver disease, chronicity of exposure, etc). That having been said the situation you cite is very highly suspicious of significantly more drinking than is being claimed. Typically a single drink (or 4oz glass of wine) causes a peek level at about 2-4 hours of somewhere around 400ng/ml of EtG. By 24 hours the level of EtG is usually going to be much lower, at about 100ng/ml. An additional factor of concern here is the dilute urine. A creatinine of 12.7mg/dl is somewhat difficult to produce and would require forcing fluids to a significant degree in most people (1-2 quarts of water in the hours prior to testing). The most common reason to force fluids to that extent is to try cheat by driving the analyte below cutoff so the test will be negative. Therefore, the situation here is best explained by the fact that the individual drank a significant amount of alcohol and then to try and produce a negative test, despite drinking alcohol, drank a huge amount of water. If the EtG/EtS in question was from a sample from within the past 3 weeks you could obtain a blood phosphatidylethanol level (PEth) to "confirm" drinking. You can obtain this test through US Drug Test Lab (www.USDTL.com). The PEth levels stay positive about 2-3 weeks after drinking and won't be positive from incidental exposure. It takes about 7 drinks over a week for the PEth to become positive. Other possibilities you might consider: obtaining a formal multidisciplinary addiction assessment (w/ or w/o polygraph), using a SCRAM device or twice daily breathalyzer testing, start antabuse, or simply continue to observe for the next drinking episode. Bottom line, your gentleman is likely drinking. A blood PEth level can help prove it.

Question?
Are there rules that can help interpret EtG/EtS testing?
Answer:
Scheme to help interpret EtG/EtS tests:
These are rough guidelines...there may be exceptions:
Question:
Positive EtG - Negative EtS??
How could EtG be positive and EtS be negative. Isn't that backwards?
Answer: Following drinking both EtG and EtS are usually present but either can be absent occasionally because of variations in enzymes genetically. If either one is present it's an indicator of possible drinking. EtG can occasionally be absent due to bacterial breakdown but it's also thought that EtG can occasionally be absent because of genetic reduction or absence of enzymes necessary to produce EtG. Likewise when EtS is absent and EtG is positive as a result of drinking it's thought to likely be secondary to genetic variation. Bottom line: If either EtG or EtS are present it indicates probable recent drinking.

Question:
Re cutoff levels - from an MRO?
Wondering how you would respond to the comments on the discussion list that there can be incidental exposures with levels above 1000.  I am dealing with a donor who claims that her only exposure after checking all bottles and ingredients in her house was using Preparation H on a raw area.  She indicated the label noted 7%  alcohol.  Her level was 700.  I have no problem with EtG levels about 1000 in general but starting to be a bit concerned about those in the 500-1000.  I know there have been a few studies on "tea-totalers" but... even with the Vicks, dilutes, and poppy seed issues, the problems were not picked up until large number of tests were done.
Answer: We agree with you regarding the need for large population studies to clarify these issues. The ubiquitous "bell shaped curve" seems to come into play. Studies need to be performed to test the limits of these phenomena. The problem with setting an upper limit for EtG that could be secondary to "incidental exposure" is that there is no clear definition of what could be considered the upper limit of "incidental exposure." I recently testified in a board hearing where an individual claimed "incidental exposure" from accidentally drinking spiked punch, and in another where the participant claimed a positive test from 100 times more tincture of ginko-biloba than recommended, and another where a physician in recovery was using a bottle of vanilla extract in a thermos of coffee per day. In all these hearing the boards eventually allowed these explanations as cause for incidental exposure. The EtG levels were between 800-5,000ng/ml. Therefore, if the limits of what constitutes incidental exposure cannot be defined, or if multiple incidental exposures in an individual could occur, then it would certainly be difficult to set an upper limit for EtG that could be caused by that exposure.

From a practical point of view any EtG over 100ng/ml means there has been exposure to ethanol. It is advisable when confronting a donor who has a positive EtG to utilize a non-confrontational approach, affirmatively confronting them with the proof of drinking and encourage them to accept help. When utilizing this approach approximately half have admitted beverage alcohol use. The initial approach to confronting the individual has much to do with the outcome.

When drinking is denied consider one or more of the following: 1. Utilize the urine creatinine to determine the U100 EtG. This helps to identify the influence of concentration, 2. If there is a particular suspected source of incidental exposure, that item can be tested by obtaining pre and post urine EtG/EtS to determine if exposure causes a positive. 3. Obtain an in-depth evaluation possibly utilizing a polygraph. 4. Start the participant on antabuse (preferrably observed administration at 500 mg/d), or 5. Have the participant wear a SCRAM device (transcutaneos alcohol sensor) as a corroborating detection method.

Question?
Re hand sanitizers containing ethanol?
"We were wondering about the use of alcohol based hand sanitizer which we use countless times per day and the effect on EtG.  We tried to research it on the Internet, and it says that it is absorbed by the body, however it stated that studies on those in recovery have not been performed.  Could you please let me know your thoughts on this?  Thank you for your time."
Answer:
Yes, it appears that inhalation of the vapor from ethanol based hand gel can cause elevated EtG and EtS levels. These levels can be surprisingly high.

Question?
Differences between men and women?
Looking at superimposed graphs of blood alcohol levels from one drink in a men and one drink in a women, the women will have a higher blood alcohol level.  Is this true also with the ETG levels?  Theoretically, a women would have higher blood alcohol levels with incidental use also, and therefore higher ETG results. If this is true, shouldn't the cut-off levels be different for male and female?
Answer:
This has not been specifically examined. There appears to be significant intersubject variation in the amount of EtG production. Variations in amount of EtG/EtS produced between men and women is possible but to date unstudied.

Question?
EtG stability - warm weather?
Does warm weather during shipment cause a more rapid breakdown of EtG in urine?
Answer:
Maybe, but it's not clear. Recent experiments show that heating urine to 100 C (boiling point of H2O) actually increased the stability of EtG. The data appear to show that at room temperature, in some individuals with nitrites and/or blood in urine, that EtG is not stable. We are surmising that esterases associated with infection may cause breakdown of EtG. Heating seems to prevent breakdown, probably due to sterilizing the sample from the bacteria. So, the fact is that heat doesn't cause breakdown of EtG, it actually increases stability.


Question?
Incidental exposure to ethanol in the environment?
What about incidental alcohol use, such as in food, mouthwash, communion wine, etc?
Answer:
This is an important question and an important issue to understand. Ethanol, unlike other drugs of abuse, is very commonly found in our environment. Ethanol can be found in food (ie vanilla extract). It's used as solvent in "over-the-counter" meds. It's used in ceremonies (ie communion, etc). It is recommended that anyone being tested (i.e. those in monitoring following alcohol problems) be advised that they should avoid all possible sources of alcohol including food containing significant alcohol, OTC meds containing alcohol, mouthwash containing alcohol, and/or communion wine or anything else containing significant alcohol.

Question?
Reliability and legal status of EtG testing?
Is EtG dependable enough to rely on a positive determination to take legal action, such as revoking a license?
Answer:
EtG appears to be highly specific, similar to testing for other drugs. However, no forensic toxicology test is 100% reliable. Therefore, we strongly recommend that for all urine tests found to be positive in which the donor denies drinking that caution be used. Someone who understands this test in great detail should be involved in assisting interpretation.


Question?
EtG and CLIA?
Is EtG waived for CLIA?
Answer:
There is no test for EtG that could be performed in an office setting. It is not CLIA waived.

Question?
Cutoff levels?
Why are cutoff values different from different labs?
Answer:
Re cutoffs values: The primary cutoff is a lab procedure to assure technical accuracy of the test. Depending on the technique and its accuracy the cutoff level reduces potential error from intrinsic variations from the test procedure and equipment accuracy. For EtG testing labs believe they can substantiate the quality and validity of testing using a cutoff of 100 ng/ml.
The secondary cutoff is the value set to try and differentiate between incidental exposure and actual use. In this regard there is always a tension between sensitivity and specificity, false positives and false negatives. The secondary cutoff values should not be so low that the test picks up extraneous alcohol intake (food, mouthwash, etc) resulting in "false positives." On the other hand it is not desirable for the threshhold to be too high, which reduces sensitivity, and would create more false negatives.
The 100 ng/ml cutoff is better for monitoring purposes, as long as clinical judgement is used in assessing the meaning of positives. More research and testing are underway and more data is needed and hopefully will be available soon.

Question?
Medications causing false positives?
Are there any meds that would give a positive EtG?
Answer:
Many medications include ethanol as a solvent (cough syrup, etc) and therefore can cause a positive EtG or EtS..


Question?
Does the cutoff need to be increased? If further research has shown some individuals producing higher quantities of ETG with incidental use, and the difficulty having a precise exact cut-off, will this change the current cut-off levels?  How can it be assured the positive value of >100 or >250 (as currenty used) is from actual beverage alcohol intake?  Is it possible the cut-off levels will change considering this new finding?
Answer:
There is no known cutoff that distinguishes between drinking alcohol and other exposures to alcohol at this time.

Question:
Please clarify for me the units of measured urine EtG levels. In the discussion of incidental exposure, you refer to 100-500 micrograms/liter as being possible incidental exposure but that it would unlikely be incidental at > 500 micrograms/liter.  Then in a later discussion regarding laboratory cutoffs you refer to 100 mg/liter.  Since the difference here is huge, I ask that you please clarify.  In other points in your presented literature and discussions you also refer to nanograms/ml which would be equal to to micrograms/liter.  The use of different unit values makes it very hard to draw conclusions.  Thank you for the opportunity to read all the information presented in your web site.
Answer:
Yes, the difference is 1,000.  Some of the confusion stems from the fact that the European literature uses mg/L. For example in the European literature .4 mg/L or = .4 ug/ml and in the USA the same amount would be expressed as 4000 ng/ml or 4000 ug/L.